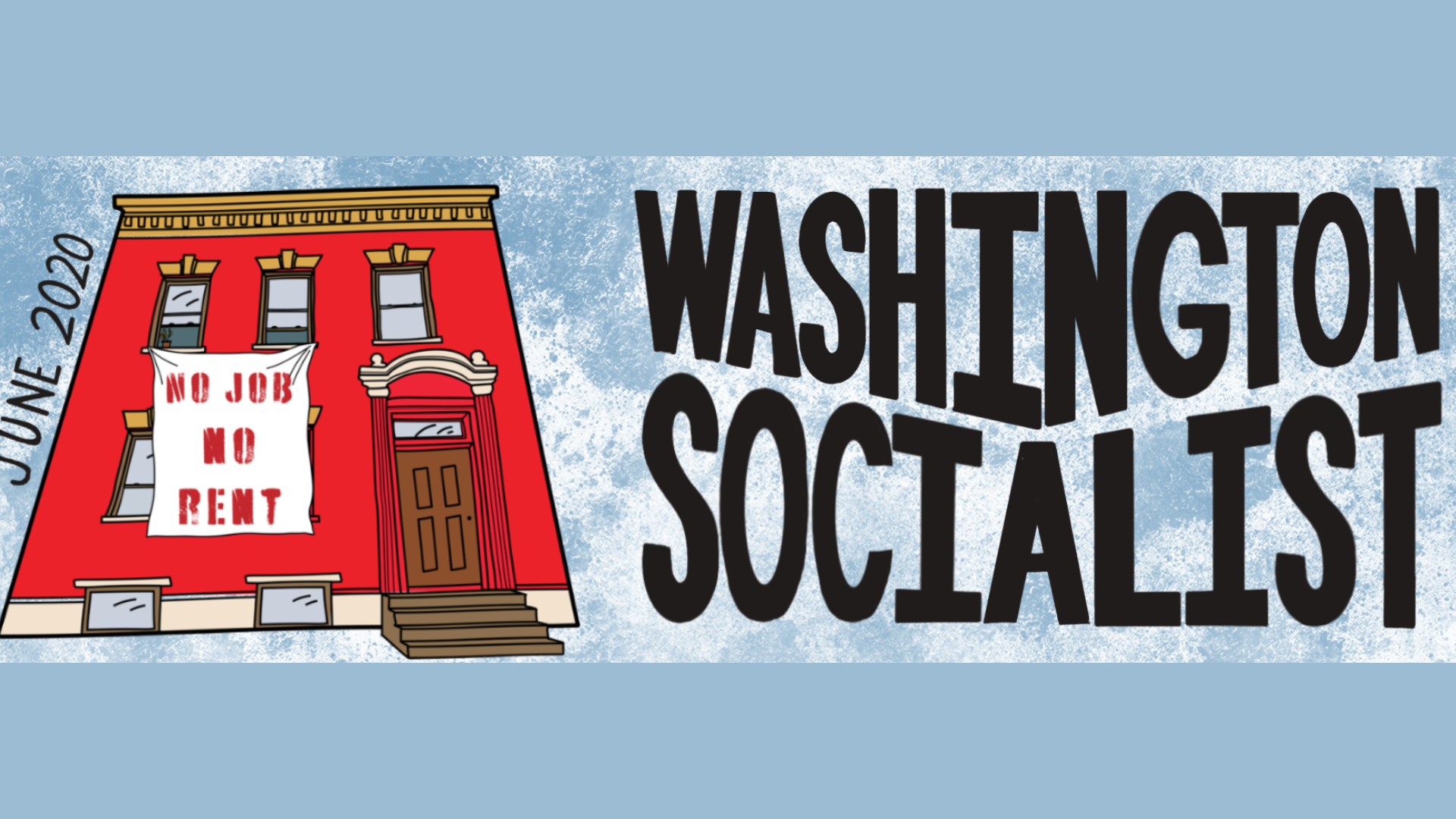 It’s summer in the swamp - although it may not seem like it. The qualities of typical DC summers - sweaty interns, lost tourists, emboldened protests, and raucous nights - have been subsumed by the fear of coronavirus and haunted by the specter of economic turmoil. If contagion seemed to freeze the national dialogue, current events have reminded us that the problems of the pre-covid world are hardly solved. Bernie’s two-year movement has forced the left to scramble to find a new path forward. Conspiracy runs rampant, no longer veiled in dog whistles but promoted to the Republican’s primary campaign strategy. And an egregious demonstration of state violence has sparked riots across the country.

But there is hope. The left is organizing, utilizing the momentum from the Bernie campaign to fuel local action. “The Battle for Rent Control” surveys the fault-lines that define the fight for tenant relief in DC. And “Reflections -1983” recalls a time when a socialist and DSA member was once present and prominent in District leadership - a reminder that socialism is hardly novel, but revived. “Communists at the Waterfront” explores the actions of past socialists – particularly, union workers’ early fights against racism and division promoted by merchant-marine fleet owners – and of our (often overlooked) comrades in Baltimore.

But really, all history is today. While we and the local left continue its all-hands electoral effort in Maryland and DC, the DSA’s response to national electoral politics are investigated in “Bernie or Bust?”. “Soft Landing for the System Formerly Known as Capitalism” considers the role of automation on the means of production in a post-covid world. “Pixel Riot” explores the premier video game launched by a cooperatively owned media enterprise, and “Counter to the Planet of the Humans” pinpoints the shortcomings of Michael Moore’s newest climate documentary.

Bill Mosley
The DSA is not endorsing Joe Biden. But members should do what they can to assist in his victory.

Counter to Planet of the Humans

The Battle for Rent Control

A Soft Landing for the System Formerly Known as Capitalism

Woody Woodruff
Automation provides the left an opportunity to mobilize socialism in the post-pandemic era.

Communists on the Waterfront: Pat Whelan

Kurt Stand
The story of Pat Wheelan and his maritime organizing in Charm City.

Stu Gay
Hilda Mason was not only a longtime DC councilmember but also an open socialist, making her one of the few DSA members in elected office prior to 2017.