Mad About Initiative 77 Repeal? Just Vote – For Somebody Else

As the Washington Socialist went to press, the DC Council had not yet moved forward with repeal of Initiative 77, the voter-approved measure to extend the District’s minimum-wage law to workers who receive tips.

But well before the long and contentious September 17 hearing on the proposed repeal, seven councilmembers – enough to pass legislation in the 13-member Council – had signed onto the bill to overturn the initiative: Phil Mendelson (Chair), Anita Bonds (At-Large), Jack Evans (Ward 2), Brandon Todd (4), Kenyan McDuffie (5), Vincent Gray (7) and Trayon White (8). Mendelson said he would like the council to vote on killing the initiative by early October.

Reasonable people could disagree on whether Initiative 77 was good policy. But the Council’s threat to overturn the expressed will of the voters rises to more than policy disagreement: it is a denial of democracy itself. It is nothing less than contempt for the voters who put them in office.

This wouldn’t be the first time the Council overturned a voter initiative, having previously thrown out a 1994 measure that would have imposed term limits on local elected officials. True, initiatives have only the same legal standing as bills passed by the Council – what can be passed can be repealed.  But in so blatantly disregarding the will of the voters, the councilmembers put themselves above the constituents they were elected to serve.

Supporters of the initiative still have time to lobby the Council to respect the will of the voters. But by all appearances, the pro-repeal councilmembers appear to be locked into their positions, and they might be winning over others.

However, if the expected happens and Council overturns the initiative, supporters of 77 and of the citizen initiative process have a tool to fight back against members who disrespect the will of the voters: the ballot. As in, don’t vote for them this November.

Now this might seem like near beer in an election year when all incumbents are expected to coast to re-election. Four of the five councilmembers running this year are winners of their Democratic primary, and in the history of home rule no Democratic nominee has ever lost in a general election. The one non-Democratic incumbent running this year is Elissa Silverman – an independent who holds one of the two seats reserved for a non-Democrat – and while not openly a backer of 77, neither has she yet backed repeal. The other Democrat up for election, Ward 3’s Mary Cheh, has been the lone councilmember to openly support the initiative.

Sponsors of repeal who are on the ballot this year are Mendelson, McDuffie and Bonds, with the other four not facing the voters until 2020. Even as they expect to win the general election in a walk, for them to tally a much smaller share of the vote than they expected would send a message that elected officials must heed the will of the voters at all times, not only when convenient or when it doesn’t impinge on the priorities of their campaign contributors (and many restaurant owners, whose employees would be the major beneficiaries of the initiative, have eagerly greased the palms of councilmembers to buy their support for repeal).

Here’s a little breakdown of the competition being faced by the Three Repealers on the ballot this year and some suggestions how angry voters might teach them a lesson:

(Note:  The suggestions below are those of the author alone and do not represent endorsements by Metro-DC DSA):

Council Chair – Phil Mendelson has had a mostly progressive record in his 20 years as at-large member and chair, and in the past has received Metro-DC DSA’s endorsement – but not this year.  He is joined on the ballot only by Ethan Bishop-Henchman, a Libertarian.  But voters might write in the name of Ed Lazere, who ran a spirited campaign against Mendelson in the Democratic primary with an emphasis on creating affordable housing and who campaigned in support of covering tipped workers under the citywide minimum wage.

Ward 5 – Instead of Kenyan McDuffie, voters can get behind Joyce Robinson-Paul, the Statehood Green Party nominee who has a long record as a progressive, a neighborhood activist and a fighter for DC statehood.

At-Large – Anita Bonds, a longtime Democratic Party hack, wouldn’t have deserved the votes of DSA members even without her desire to overturn 77. There is a better alternative on the ballot: longtime local activist, socialist and DSA member David Schwartzman, who is running as the Statehood Green nominee. (Metro-DC DSA will consider an endorsement of Schwartzman during its October 14 local convention).

Also, Mayor Muriel Bowser has made no secret of her desire to see Initiative 77 go away. A worthy protest vote would be for another Statehood Green candidate, Ann C. Wilcox.

It might be too late to defeat the enemies of Initiative 77 at the polls, but not too late to send a message. Even if advocates of the initiative somehow manage to save it, those councilmembers who tried to kill it would still merit punishment. If the incumbents receive, say 75 percent of the vote instead of the 90-plus they are expecting, they will feel the dissatisfaction of their constituents. And then perhaps two years from now, with more time to organize, the other four Repealers might face opponents who respect the will of the voters – and who can win.

How Racism Hurts All of Us

Bill Mosley
May 2021
Heather McGhee's new book reminds us that racial division is a vital component of capitalist exploitation.

Hope in the Heart of Empire

Gary zZz
November 2020
Making sense of DC's local political campaigns, which are continuing on in the shadow of what is shaping up to be a tumultuous general election. 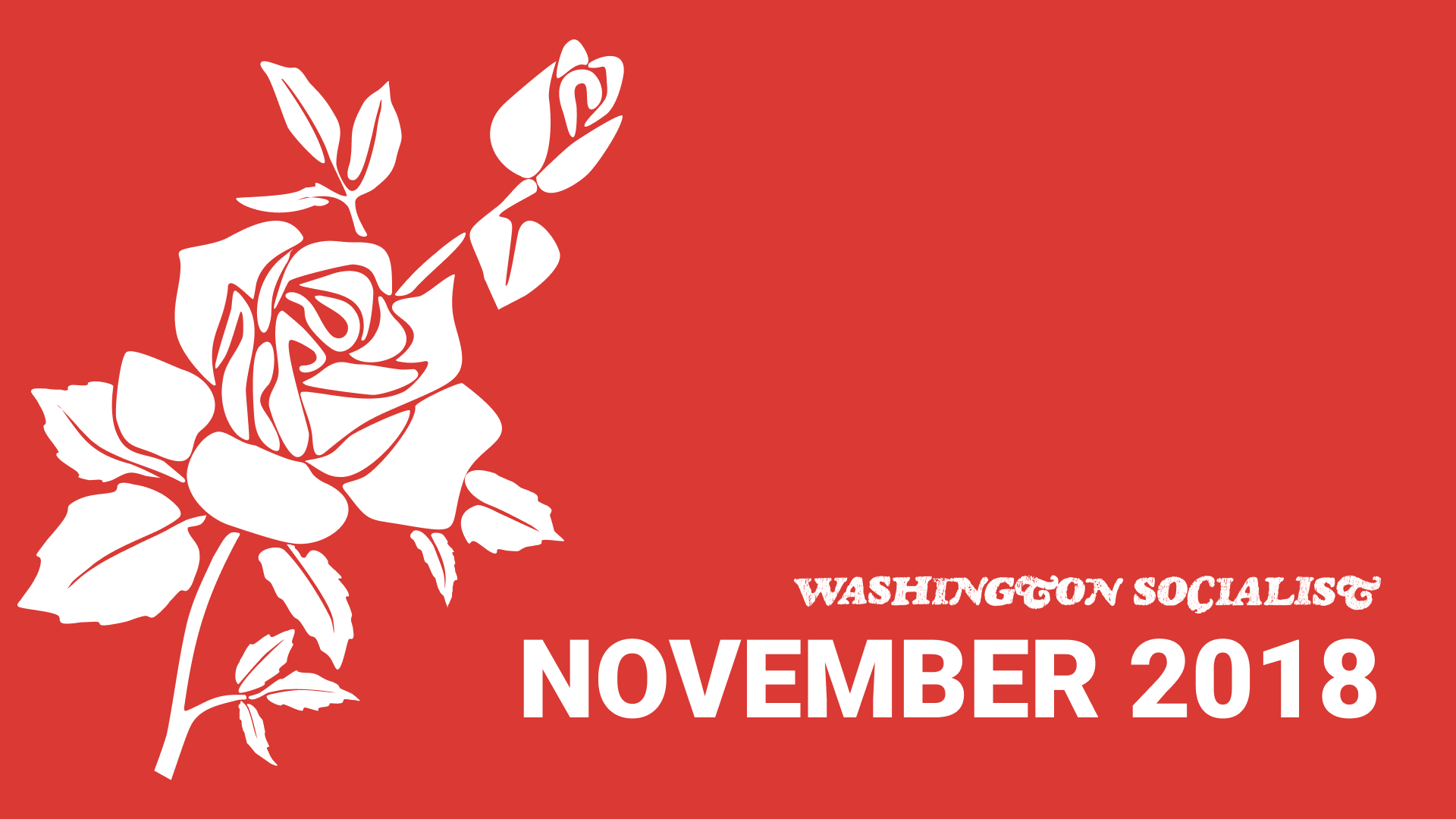 Bill Mosley
November 2018
The progressive faction on the council has largely pursued policies to benefit the majority of DC residents, but Reeder’s rise shows they have not made necessary connections with the District’s lower-income minority communities.